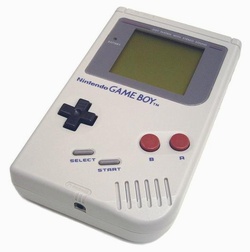 The MiSTer Nintendo Game Boy core was derived from the works of Till Harbaum.

The Game Boy is an 8-bit handheld game console which was developed and manufactured by Nintendo and first released on April 21, 1989, in North America on July 31, 1989, and in Europe on September 28, 1990. It is the first handheld console in the Game Boy line, created and published by Satoru Okada and Nintendo Research & Development 1. This same team, led by Gunpei Yokoi at the time, is credited with designing the Game & Watch series as well as several popular games for the Nintendo Entertainment System. Redesigned, but not entirely revamped, versions were released in 1996 and 1998 in the form of Game Boy Pocket and Game Boy Light (Japan only), respectively.